“What Is the Church?”

As we announced two weeks ago, we are in the midst of what is known as “The Luther Decade”. For ten years leading-up until 2017 (next year), there have been, and will continue to be, special themed concerts, exhibitions, church services, festivals and theatre productions that recognise the 500th year anniversary of the Reformation. At the Bethel Congregational Church, we too recognise the significance of this time. Hence, we continue a four-week sermon series entitled, “To Be Reformed”.

Today, we ask Martin Luther: “What is the church?” 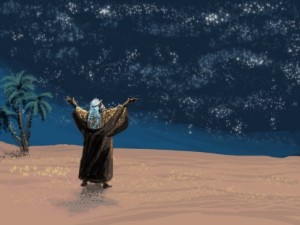 We read in Genesis that God made a covenant with Abraham.

Remember when God promised Abraham to make him the father of many nations? God made a covenant with Abraham. God said, “I will give you and your descendants after you, as an everlasting possession, the land of Canaan; and I will be their God” (Genesis 17:8).

Much later, God renews the covenant with Moses.

Remember our scripture, when Moses scaled Mount Sinai? (Can you picture it? Moses, with his backpack, boots, sunscreen on his nose and climber’s poles?)

Moses climbed Mount Sinai (because, you know, the cell phone signal is more clear up-there and reception is better; Moses can hear God more clearly) and conversed with God. God told Moses that he is establishing a covenant with the people. This covenant God made with Moses on Sinai was actually the renewal of the previous covenant, one with Abraham.

Now, what is the ‘church’ identified as in our Exodus scripture? Well, it is quite simply a nation. But the nation is more than country. The nation is almost like a chosen race, just as the Afrikaners in South Africa once viewed themselves.

So, how did one become a member of this nation or this church? Well, if this church was a nation and a race, then its membership was determined almost by genetics. In other words, you were born into the nation or the church. Well, how did you prove your church or your national membership? Well, here in my hand I have a passport, it proves my citizenship. Well, for those in covenant with God who were born into the Israelite nation or race, they were circumcised.

Genesis chapter seventeen relates how God said to Moses, “This is my covenant with you and your descendants after you, the covenant you are to keep. Every male among you shall be circumcised. Ouch! Literally. So, one’s passport, or proof of nationhood, one’s membership certificate or card is missing foreskin. (Notice I have a censored our symbolic slide for this portion of the sermon!)

If we are to fast forward through time to see what the church is much later, we can see that the concept of the church, or ‘a group of people in covenant with God’, is different than it was in Exodus. Thousands of years later, about 500 years after Jesus’ death, and after the fall of the Roman empire, the church actually became an ‘institution’.

Rather than a race or a nation, the church becomes an organisation that is made up of many nations or races. But this organisation, this institution, also becomes like a government, like a business. Its headquarters was in Rome. It had a CEO and a bunch of managers called ‘bishops’.

It possessed a hierarchy (a chain of command), from the Pope down to each member of the church. All sorts of rules and regulations accompanied the church. The church had bueaurocracies, schools, its own treasury and taxes and finances. Traditions on top of traditions created an institutional culture that governed almost everyone’s lives. (Now, do not misunderstand me. There is nothing wrong with a hierarchy and a Pope – it is just that in the middle ages the governance of this church became corrupted, just as the governance of our congregational church can become corrupted.

I for one, see Pope Francis as a spiritual leader and I greatly appreciate the Catholic faith today!)

So, how did one become a member of this church? Was it through birth and circumcision? No, one became a member through baptism.

Baptism became the new circumcision, the new manner in which one proclaimed one as part of church that was in covenant with 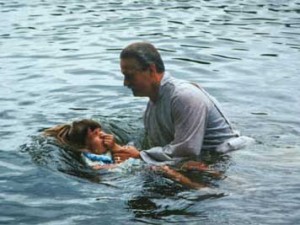 God. But unlike the early church where a person chose to be baptised, the church reverted back to a system whereby if you were born into the church then you were almost automatically made to be a member of the church.

So, even babies, who could not themselves choose to be a part of God’s covenant, were baptised and automatically made to be members of this institutional the church. (That is why we as Congregationalists baptise infants today and do not baptise adults as was done during Jesus’ time and during the early church.) Religion and faith became institutionalised, formalised. We became a part of a large company (with a CEO, accountants, landlords, buildings, schools and all the administrations that are required to run them all).

In 1517, Martin Luther travelled to Rome and what he saw there shocked him. He saw the church as a large company, a huge corrupt business. In much the same way Jesus entered the Temple and overturned the tables and cracked the whip, driving out the money changers, Luther desired to purge the church of its corrupt institutionalisation and commercialisation of the faith. Luther perceived that the Pope was more a powerful king than a servant leader and more of a general in charge of an army than one who preaches and cares for the poor.

So, let us ask Luther: “What is the church?”

Second, the church is not an institution whereby one’s membership is baptism and the paying of one’s taxes or membership dues. Luther searched the scriptures. Based on his doctrine of “Justification by Faith (alone)” Luther preached that the church is a ‘community of believers’. The church is not a nation, not an institution but a collection of likeminded people who understand that individually they are sinners and are in need of God’s forgiveness, grace and mercy. The church is a collection of individuals who hold themselves accountable to God and to one another.

In 1517, Luther desired to reform the church so that it more closely resembled the early church (just after Jesus’ ministry when people had individual faith journeys and relationships with God but came together as a congregation, an ekklesia, or church, for mutual strength and support).

People came together to pray, sing, worship, share Holy Communion and assist one another. It was this community of individual believers that Luther understood to be the church.

No doubt Luther read I Peter 2:9, like we have this morning. Luther, like the early church, did not forget its old testament roots wherein the church is a “chosen people, a royal priesthood, a holy nation, a people belonging to God (I Peter 2:9). And hence, we as Congregationalists, with Catholics, practice infant baptism. But, the church is not limited to one nation or to one race.

Likewise, with our Catholic brothers and sisters in Christ, we as Congregationalists have church buildings, polities and servant leaders.

But as Reformed Protestants, we emphasise that the church is not a building and is not an institution. Rather, the church is a fellowship of believers who are called to worship and serve in covenant with God. 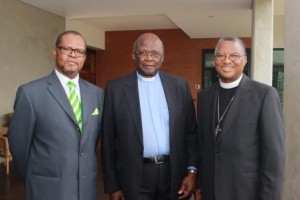 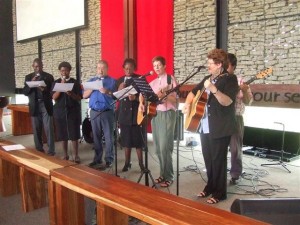 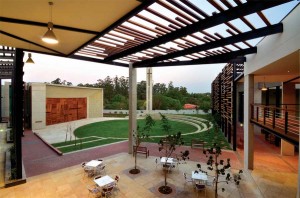 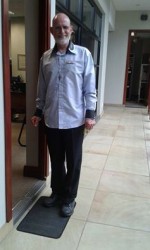 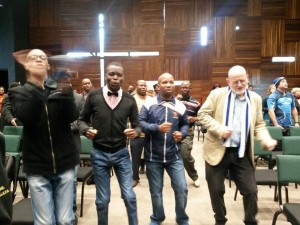 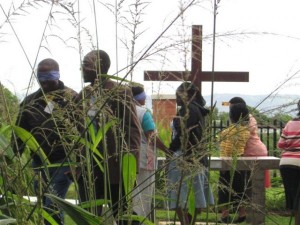 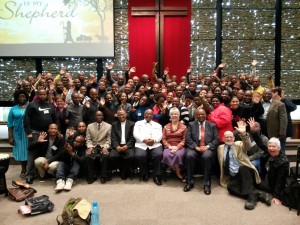 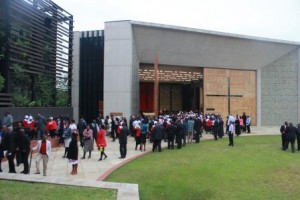 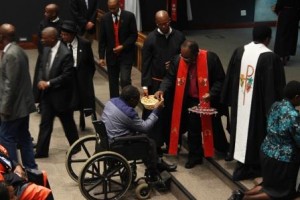 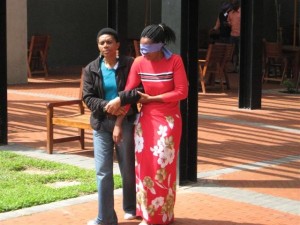