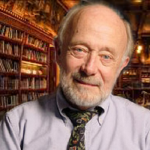 Marcus J. Borg was an American New Testament scholar, theologian and author. He retired as Hundere Distinguished Professor of Religion and Culture at Oregon State University in 2007. Borg was among the most widely known and influential voices in progressive Christianity. As a fellow of the Jesus Seminar he was a major figure in historical Jesus scholarship. Borg published more than twenty-one books. He died at the age of 72 on January 21, 2015, of idiopathic pulmonary fibrosis.

This Bible study I hope honors his memory. I present his scholarship.

I would like us to examine one chapter of only one of his twenty-one books.

The chapter is entitled “The Kingdom of God: The Heart of Justice”.

I understand the theme for this Synod is “Together a Healing Community” which fits into a larger theme, “Together a Transforming Discipleship Movement”. The Methodist Church of Southern Africa’s (MCSA) mission is to “proclaim the gospel of Jesus Christ for healing and transformation”. MCSA’s vision is “a Christ-healed Africa for the healing of nations”. And, last but not least, one of the MCSA’s five mission pillars is “Justice and Service”.

We will break our study into two sections, each examining one scripture. Today, the Lord’s Prayer. Tomorrow, the Beatitudes. We will study each as it relates to the Kingdom of God and the Methodist vision for healing and transformation.

The Christian life is about the ‘Kingdom of God’, central metaphor of the gospels.

Not just personal, but political.

The Christian concept of ‘justice’ is unfamiliar to most in and out of the church.

Why? 1. Church has been wedded to dominant culture for so many centuries.

Why? 2. Confused the opposite of ‘God’s justice’ as ‘God’s mercy’ when it is actually ‘humans’ injustice’.

Why? 3. Individualism as a core cultural value.

We are not a product of our own entire making – chance and social web play parts.

The political passion of the Bible is about fighting systemic injustice.

Injustice in the Hebrew Testament

Monarchies of Israel and Judah

Injustice in the Christian Testament

John the Baptist’s proclamation in Mark 1:1-14

There are many meanings of ‘the Kingdom of God’.

Borg focuses on the political meaning.

Why? ‘Kingdom’ is a political term.

So, the ‘Kingdom of God’ is an ‘associated contrast’ in the hearers’ ears.

Also a religious metaphor. The Kingdom of God. So, it is a ‘theo-political’ term.

Therefore, the Kingdom of God is what life would be like if God were king and the rulers of this world were not. “It is about God’s justice in contrast to the systemic injustice of the kingdoms and domination systems of this world”.

Matthew (from Mark) changes it to ‘Kingdom of Heaven’, βασιλϵία των ούρανων, Matthew 3:2. But the kingdom of heaven is not about ‘heaven’, but rather about ‘Earth’. The Lord’s Prayer testifies to this fact.

Jesus primarily spoke to the peasants. He avoided city life, except Jerusalem.

Are their implications, in terms of theological formulation, for training ministers for rural ministry, as opposed to urban (where most ministers wish to serve).

“Our Father in heaven, hallowed be your name, your kingdom [βασιλϵία] come, your will be done on Earth as it is in heaven. Give us our daily bread [άρτον]. Forgive us our debts [όφειλήματα], as we also have forgiven our debtors. And lead us not into temptation, but deliver us from the evil one” (Matthew 6:9b-13, NIV).

Indebtedness can lead to one’s loss of land.

With an emphasis on the MCSA’s Five Mission Pillars, relate if, and if so, how, our Synod fosters “the Kingdom of God on Earth, just as it is in heaven”.

Unlike Matthew (5:3-12), who spiritualises the beatitudes (blessed are the poor in spirit).

Yet we know, in Luke, Jesus meant ‘the poor’, not ‘the poor in sprit’.

Political as well as spiritual meaning.

Caesar was lord. Again, ‘associative contrast’ is being made as with “Kingdom of God”.

Jesus, not Caesar is, saviour, lord, son of God, king of kings and lord of lords.

The Roman Empire was despised by the oppressed and would ultimately be destroyed.

Rome is the embodiment of avarice and thus evil.

The Political Meaning of the Crucifixion

Jesus was the only major religious tradition’s founder who was killed by the established authority.

Good Friday has a political point (as well as spiritual).

Good Friday is the world’s “no” to Jesus. Easter is God’s “yes” to Jesus.

Politics includes the systems of government, economics, law and society.

Are we able to forfeit privilege in order to engender the Kingdom of God on Earth? Image of the

President of Uruguay, waiting (voluntarily) in a queue to receive medical care in a public hospital.

With an emphasis on the MCSA’s Five Mission Pillars, relate if, and if so, how, our Synod proclaims the political meaning of the crucifixion.